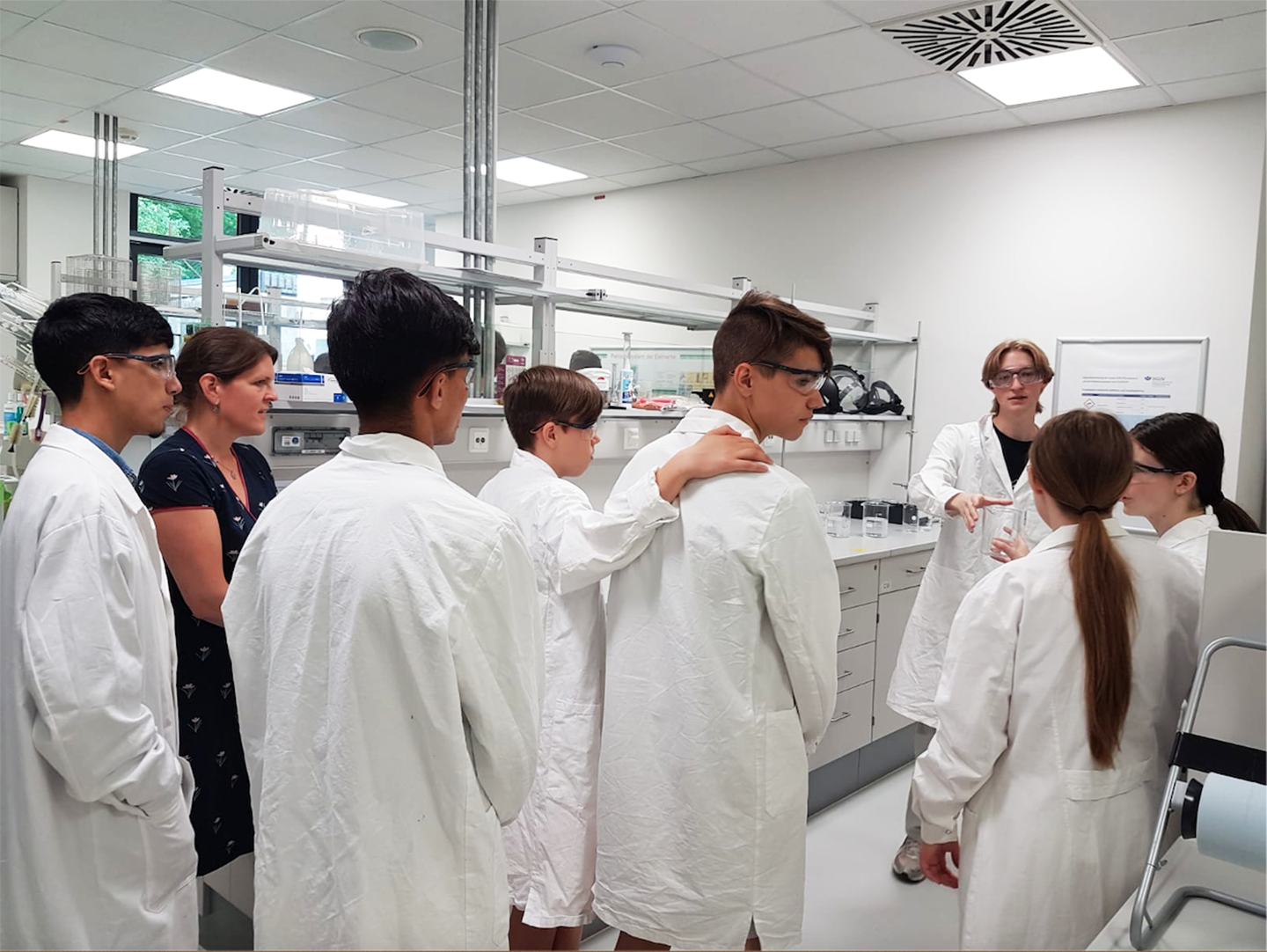 In last week’s project week we did two excursions. On Monday we went to the Elbphilharmonie and spent some time on the balcony. We met more young Ukrainians, which was nice! Afterwards we went on a ferry and rode along the Elbe. We got off at Övelgönne where we went for a walk and spent some time at the beach. Later Ms. Lang-Gerdes and Ms. Beier took us to McDonalds to have some lunch. It was a fun day!!

On Wednesday we had an excursion to a student’s science labratory (Schülerforschungszentrum, Grindelallee 117) with Ms. Baumeister and Ms. Thiel. Before we got to the labratory, Ms. Baumeister showed us around the Jewish quarter. It was interesting to get to know about that part of German history. When we got to the labratory we were split in two groups so we could do different experiments (in biology and chemistry) with students from Hamburg University. It was impressive to learn about DNA and how to naturalise an acid liquid. They also showed us the whole institute, and we learned that we can even go there by ourselves in the afternoons in order to experiment some more – so if you are interested in natural science, you should definitely go by and join their afternoon programmes (it’s not just really cool, it is also for free). After we were done at the labratory, we went to Planten un Blomen – a very picturesque park!!- where we ended our excursion with a yummy ice cream.